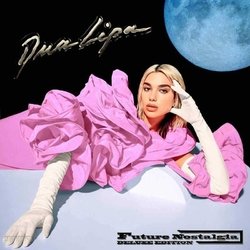 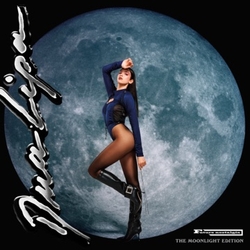 Dua Lipa is a British singer-songwriter.

Born in London on August 22, 1995, she is the daughter of Albanian rock artist Dukagjin Lipa. She moved to Kosovo at the age of 11 before returning to the UK at age 15 to attend Sylvia Young Theatre School part-time. Posting covers of artists such as Nelly Furtado, Chance The Rapper and Rihanna, she signed to Warner Records (Vertigo/Captiol for Germany, Austria and Switzerland) and released her debut single, “New Love.” Its follow-up, “Be The One,” became her breakthrough single in mainland Europe. She was also shortlisted for the BBC Sound of 2016 list and was nominated for the prestigious BRITs Critics Choice Award.

In 2016, she broke through in the UK with “Hotter Than Hell,” and scored her first Billboard Hot 100-charting single with “Blow Your Mind (Mwah).” Collaborations with Martin Garrix and Sean Paul on their worldwide hits “Scared to Be Lonely” and “No Lie”“ followed in 2017. Her self-titled debut album was released on June 2, debuting at #5 on the UK Album Charts and at #86 on the Billboard 200 and receiving positive reviews from critics, many praising Dua Lipa’s vocals and confidence. The album’s sixth single, “New Rules,” became a worldwide hit, topping the charts in the UK and remaining in the top 5 for 10 consecutive weeks. In early 2018, “IDGAF” was released to similar success, while Dua won two BRIT Awards, including Best Breakthrough Act. She saw continued success with her Calvin Harris collaboration, “One Kiss,” and closed out the year with a Complete Edition reissue of her album.

Dua Lipa spent much of 2019 recording what would become her second studio solo album, Future Nostalgia which was released on March 27, 2020, to critical acclaim. The album was influenced by disco and pop artists such as Moloko, Kylie Minogue, Madonna and OutKast The lead single “Don’t Start Now” was released in November 2019 to worldwide success, becoming her seventh Top 10 single in United Kingdom and her second in United States. The boisterous “Physical” was released as Future Nostalgia’s second single in January 2020, and quickly became Lipa’s eighth Top 10 single in the UK, followed by “Break My Heart” as the third official single.

Dua Lipa is well-known for her sultry vocals, the dark storylines and honest lyrics of her songs and her “progressive” pop sound. She describes her musical style as “dark pop”. Her biggest influence is Canadian pop singer Nelly Furtado, her favorite album of all time being Whoa, Nelly!. She also cites Pink, J. Cole, David Bowie, 2Pac, Kendrick Lamar, Bob Dylan, 50 Cent and A$AP Rocky as huge influences on her music, but also on the way she writes and sings.

I love Pink and Nelly Furtado – the honesty and truth in their lyrics. I also love Kendrick Lamar and Chance the Rapper. I wanted to try to put those two influences together in my music: descriptive, dark lyrics, with the raw elements of hip-hop in the verses, going into a poppy chorus. So it becomes pop with a twist, that element that nobody else has. At least, I’d like to think so.